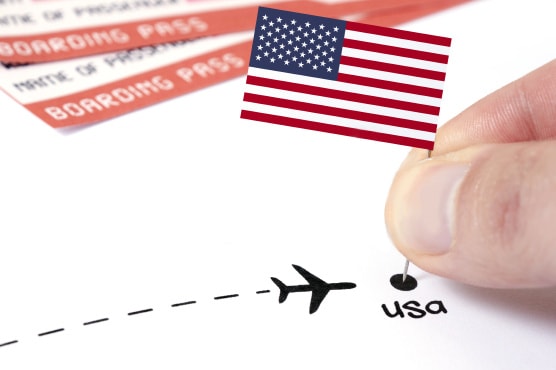 USA, the Most Attractive Destination For Indian Flyers

We have seen it in movies and read about it in books. Being to the United States of America is a dream that everyone wishes to fulfill. And ambitious as we are, the place does indeed appear attractive for all the right reasons – to build a career, to sustain it and also to satisfy the wanderlust in us.

The US Travel Association expects Indian tourist footfall to the US to nearly double to around 1.2 million by the end of 2016. And the money Indians spend while in the US is a substantial amount too. “The per-person spending by Indian visitors is higher than the average tourist in the US,” said Christopher L Thompson, President and CEO, Brand USA, adding that Indian tourists have a much greater impact on the US economy as compared to other international travellers.

With top companies like Apple, Microsoft, Pfizer and General Electric headquartered in the US, Indians of course try to secure a job in the US with these leading brands. Today, Indian citizens are the top recipients of temporary high-skilled worker H-1B visas, and Indians accounted for 70 per cent of the 316,000 H-1B petitions (initial and continuing employment) approved by the US Citizenship and Immigration Services in 2015.

Indian students, too, flock to the US in large numbers. Yale, Columbia, Princeton and other Ivy League colleges attract a sizeable number of Indian students every year. As per a report from the Institute of International Education and the US Department of State, the number of students from India studying in the US rose by 29.4% in the academic year starting 2015, as compared to a year earlier i.e. 132,888 Indians were studying in US schools that year, up from 102,673 in 2013-14. And the figures have only risen since then.

The Maharajah in the US

In the past, flying to the US included a customary stopover at either Amsterdam or JFK in New York. Late last year, though, Air India, the national carrier of India, made the journey a lot easier with its first non-stop flight from New Delhi to San Francisco. And, things are set to only get smoother! Along with another confirmed new route to from Ahmedabad to Newark via London, Air India will connect India with two more destinations by the end of next year, including service on the Delhi-Washington route. “Currently, we are providing 8.5 lakh seats for flying to the US, with a load factor of 82-83 per cent. This market can grow to 12 lakh seats by 2017,” Ashwani Lohani, Chairman and Managing Director, Air India, said. Beginning August 15 this year, the national carrier will fly thrice a week on the Ahmedabad-London-Newark route. The national carrier will also look into the demand for flying to Los Angeles. The airline chief said he would also consider providing a flight connection to the US from Hyderabad.

“The US is very encouraged by improving air connectivity, and we hope the recently announced National Civil Aviation Policy will make air travel in India even more affordable and accessible,” the US ambassador to India Richard Verma said.