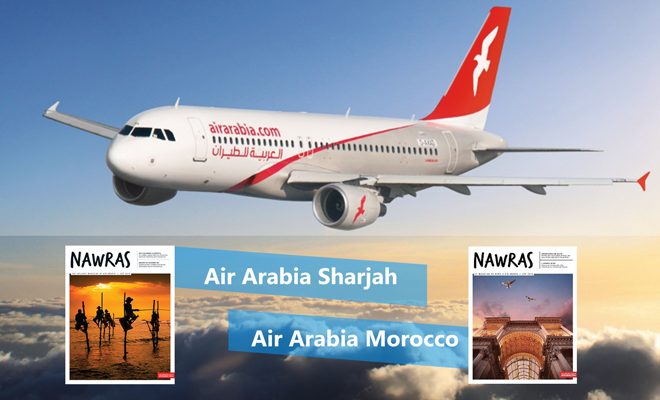 MaXposure Media Group, the largest corporate publishing house in South East Asia, has been appointed as the publisher of Nawras, the in-flight magazine of Air Arabia. The Sharjah-based airline is the largest carrier across the Middle East and North Africa and flies to over 120 destinations across 34 countries.

MaXposure Media Group launched the first issue of Nawras in September. The multilingual magazine has two monthly editions: one in English and Arabic that caters to the readers in the Middle East-Asia region and the other in French, English and Arabic for Europe and North Africa. With the airline being the first and the largest carrier in its segment in the Middle East and North Africa, the magazine aims to target businessmen, frequent flyers, tourists, adventurers and many more.

The monthly magazine is a perfect blend of travel, knowledge and entertainment. Created by an award-winning editorial and design team, the magazine is divided between a variety of in-depth articles on travel, fashion, lifestyle, health, music, sports, movies and also keeps the readers updated on the news front.

MaXposure Media Group is the largest in-flight publisher in terms of titles and the largest corporate publisher in South East Asia with an array of magazines under its portfolio. It is a full service media company spreading across the dimensions of publishing, creative solutions, events, custom publishing, ambient media, international representation and outsourcing.