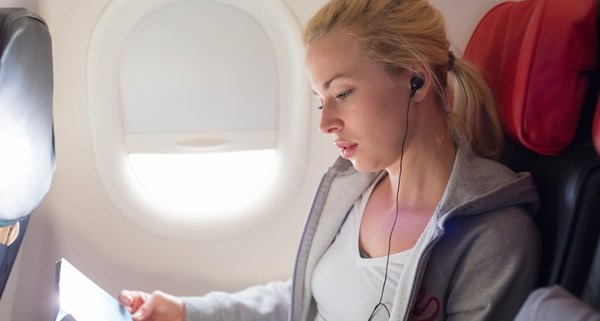 India records 22 per cent increase in domestic travellers which, in turn, boosts the readership for in-flight magazines

A quick look at the statistics of Directorate General of Civil Aviation (DGCA), India’s controller of domestic airline industry, shows that the country’s domestic passenger traffic increased by over 22 per cent in the first four months of 2016 as against the corresponding figures in 2015. And as 309.25 lakh travellers took to skies as against 251.05 lakh in January-April 2015, flying along the length and breadth of the country, what they defied for sure were the “so called” laws of digital media, the pundits of which have been citing its adverse impact on print media.

And why just India? The global story is no different. As per recent figures reported by International Air Transport Association (IATA) on April 7, 2016, the global passenger traffic continued a “strong growth”. The month of February 2016 recorded an increase of 9.1 per cent passenger demand as against corresponding figures last year. More and more people taking to skies roaming around the globe for leisure and business has undoubtedly increased the volume of target readership for in-flight magazines which have emerged as some of the most impactful mediums in recent times.

According to industry captains, what makes in-flight magazines effective is the “much needed” break that flight journeys provide from 24×7 availability of internet or other digital means. Studies have thus shown that 80% per cent passengers read in-flight magazines on-board and spend an average of 30 minutes flipping through the pages and reading insightful information provided by them. The relatively “relaxing” break that in-flight travel hours provide to fliers also ensures high visibility and attention to the magazines within the aircraft as well as at lounges and airports.