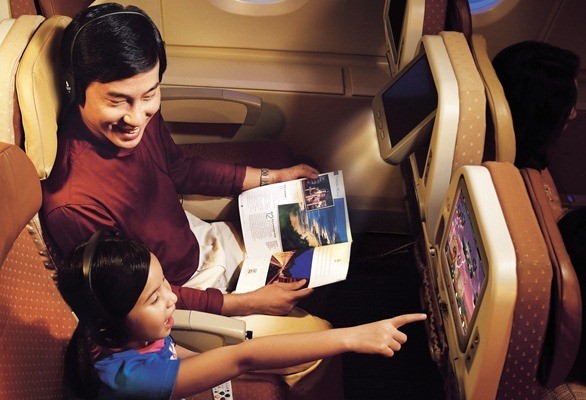 More than three billion people on the planet fly in a year, and with research establishing that most of them think of in-flight magazine content as “useful”, advertisers can certainly get on board the gravy train while pitching to the air-borne. Valued at over $53 million, in-flight advertising is estimated to grow to $945 million by 2019, since everyone wants to sashay their brand in front of a well-heeled audience, ranging from business professionals to jet-setting retirees and trendy millennials.

That’s where MaXposure step in, liaising between advertisers and airlines, helping the former lap up a generous piece of this lucrative pie in promoting their product or service to the apt audience. But the gains extend beyond promotion. It is an “opportunity”, as Crispin Thurlow and Adam Jaworski described in-flight advertising in a 2003 article, to dish out relevant content to the target demographic – the affluent business traveler – while also marketing its lifestyle to those outside of it.

And how effective is this high-flying ad strategy? According to a 2004 study by consumer research company Arbitron, 91% of frequent flyers end up reading in-flight magazines. In fact, they do it more closely, with 75% being able to identify at least one ad they had flipped through. Readers asked to assess in-infight-magazine content favoured the words “informative”, “reliable”, “entertaining” and “high-quality”. About 68% said they acted upon the information they had read, while 50% said they took the magazine with them while deplaning.

We also help resolve a knotty dilemma. Although it has a guaranteed circulation, an in-flight magazine cannot target a more specific market. And so, the advertisers’ perception of how well the magazine is targeting a demographic is the most important yardstick of its ad impact, thus making the advertiser, in an oblique way, the ultimate audience. We, however, understand just where to add that extra zing to make you see what sells where and goes in whose bag.