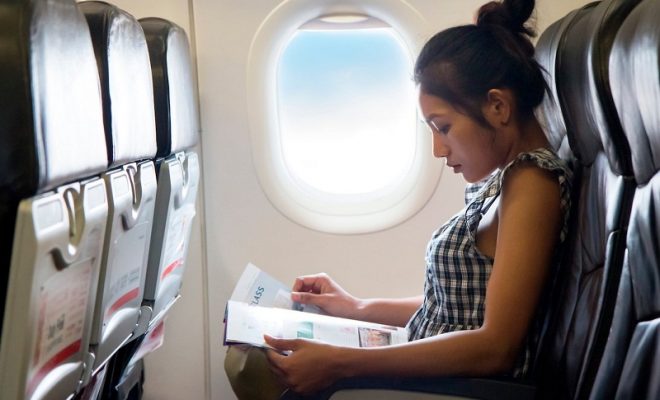 The Curious Case of In-flight Magazines

Travelling in an airplane is unlike any other form of travel. With no stops or even a scenery to look at, it is basically you, with a bunch of strangers, in a cramped up space till your destination. Thus, in such a scenario, entertainment is a much-needed service from the part of the airline company. In recent years, along with in-flight entertainment such as movies, music and TV shows, some international airlines have started providing wifi for the travellers. Yet, in-flight magazines, the oldest form of entertainment, continues to co-exist. So the question is why?

In-flight magazines provide a perfect platform for advertising. The traveller may or may not be the target audience but the information regarding a product or service is spread. Advertisements related to travel such as hotel bookings or even other flights carried out by the same airline is put forth in the mind of the traveller for the next time he books.

Smartphones and other technological gadgets, while far more attractive an allure than in-flight magazines, aren’t capable of holding attention for a long term. Phones lose a significant amount of functionality once the network stops working. And while inflight entertainments like movies and sitcoms are gaining popularity, they aren’t universal in their appeal. In the US, some airlines even charge for these services.

For one, in-flight magazines have carved a niche for themselves in the world of magazines. Instead of turning into your run-in-the-mill format, it has consciously evolved itself with the changing interests of the clients and the airlines they represent. With advent of technological advancements, there is a need to make them available in the digital platform. Having said that, any reader will tell you that kindle doesn’t lessen the appeal of a hardbound book. So it’s safe to say that the in-flight magazines are here to stay.