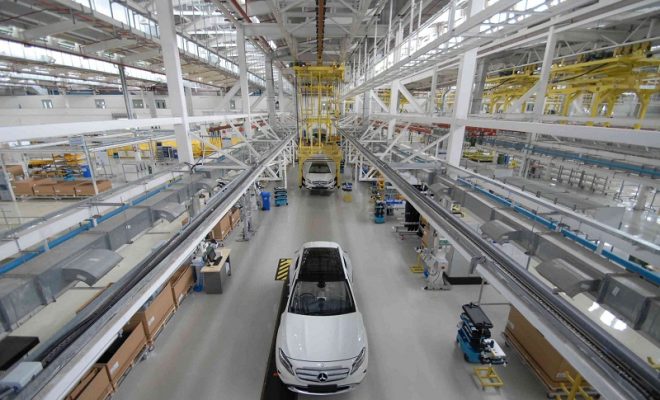 A number of global luxury automotive majors, who previously imported their premium models from their facilities outside India, are now manufacturing them within India.

That India is now a key player in the global luxury automobile sector is not in doubt. In recent years, the sector has grown in importance, both as a consumer and a producer. Growth has been tremendous, with several manufacturers of luxury automobiles setting up shop in the country.

A number of global manufacturers have set up shop in India, with the aim of making it a base to cater to this region. And, particularly in the premium/luxury segment, more and more models are being produced locally, compared to the previous practice of importing these as completely built up units (CBUs); this also makes them more cost-competitive and thus more attractive buys for the end-customer.

Take Mercedes-Benz, for instance. The three-pointed star from Stuttgart has been in India for a while now and, of late, has started manufacturing more of its models in India than was the case a few years ago, both from its SUV and sedan range. Similarly, BMW, Skoda, VW and Audi are all present in India and are manufacturing some models locally.

A key driver for this trend is of course the Make-in-India initiative of the Government of India. According to the Make-in-India website, the country hopes to “emerge as the world’s destination of choice for design and manufacture of automobiles and auto components, with output reaching a level of $145 bn, accounting for more than 10 per cent of the GDP and providing additional employment to 25 million people by 2016.”

To this end, the government has taken several measures. Among these is the promotion of large automotive clusters across India, which have been set up at Delhi-Gurgaon-Faridabad in the north, Mumbai-Pune-Nashik-Aurangabad in the west, Chennai- Bengaluru-Hosur in the south and Jamshedpur-Kolkata in the east. There has also been support for setting up National Automotive Testing and R&D Infrastructure Project (NATRiP) centres, which represent a collaboration between the government and the automotive industry to create state-of-the-art testing, validation and R&D infrastructure in India. Through the automatic approval route, 100 per cent FDI is permitted in the sector i.e. prior government authorisation is not required.

The signs are good! Nearly 20 per cent of all vehicles made in India are manufactured in the area around Chennai (in Tamil Nadu); the moniker of “Detroit of Asia” is well-deserved. With suitably executed plans, we could well be the world’s third-largest automotive market (by volume) by the year 2026.