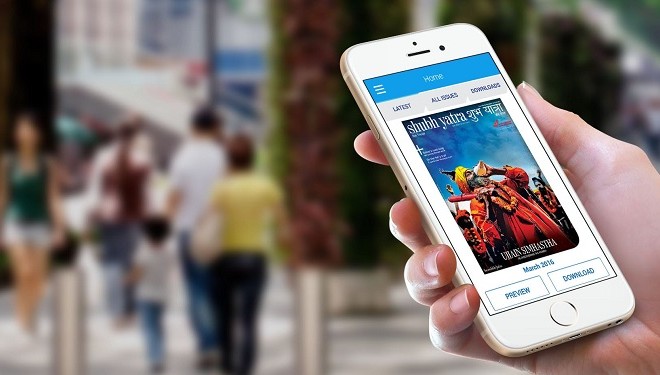 In 1956, when Pan American World Airways published the first inflight magazine, Clipper, it took the airline industry by storm. As old as the world aviation industry itself, inflight magazines have always been a great way to build an airline’s brand and connect with flyers. For advertisers, inflight magazines are a sure-shot way to reach out to a large number of consumers at one go. In an interview to Bloomberg, René Steinhaus, a German aviation expert, said: “If a large carrier has 100 million customers per year, and if just 10 per cent of that read the magazine, that’s 10 million clients for an advertiser. That’s a huge reach.”

But with the advent of the digital era, is this huge industry under a threat? Experts disagree. It’s actually growing, they say, with slight tweaks.

Personal electronic devices like phones and tablets that are the supposed nemesis of printed magazines, are being used by airlines and publishers to keep their products alive and profitable. Along with the physical copy of the magazine, airlines are now offering passengers digital editions that can be read on board a flight and off it too. All global carriers like American Airlines and Air France-KLM today offer digital versions of their inflight magazines via applications or over the Internet. In India too, Air India’s bi-lingual inflight magazine Shubh Yatra will be available for digital reading as an app for Android and Apple devices soon. Go-Getter, the inflight magazine of Go Air is already available on Google Play Store (visit here).

Interestingly, for advertisers, this dual mode makes double sense. Now, the flyer carries the magazine with him and can read it in airport lounges and even beyond. He can also go back to the content and thus, the advertisement, later. Digital versions have actually increased an inflight magazine’s shelf-life! A Bloomberg report says these new-age platforms of in-flight magazines are helping to attract advertisers who want to be promoted digitally and in print as well.

Other than just written content, digital versions of these magazines have so many other interesting capabilities. Flyers can watch videos linked to an article or even listen to an audio clip. Just imagine reading an article on your favourite musician and getting to hear him too!

As for the printed inflight magazine, the demand for it too is on an upsurge. Experts say that people still associate luxury with time and space and thus, prefer turning the pages of a physical magazine as against scrolling through content on a smaller phone or tablet screen for a sense of luxurious flying!