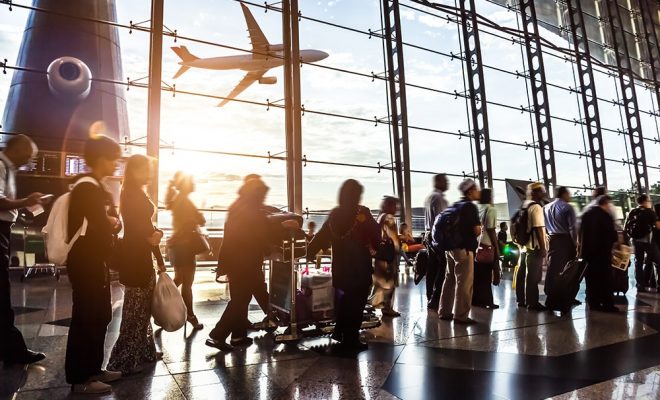 If every middle class Indian takes one flight per year, India will have 35 crore flyers per year. And India is slated to reach close to the number by 2022 and 50 crore by 2027.

In what is a great news for in-flight magazines as well as ambient media in India, the audience for the sector is projected to increase to 30 crore by 2022 and 50 crore by 2027. Thanks to the recent projections by the Ministry of Civil Aviation (MoCA), the government is taking steps that will ensure that flying becomes more “comfortable” and accessible to “masses”. Plans also include reaching out to smaller, unusual destinations which have so far remained alienated from air connectivity.

The newly unveiled civil aviation policy has clearly spelled the government’s intent saying steps will be taken to “create an eco-system to make flying affordable for the masses and to enable 30 crore domestic ticketing by 2022 and 50 crore by 2027”.

The new initiatives are slated to make “flying” more convenient to masses- according to the report. Interesting data available in the document shows that if every Indian in middle class income bracket takes just one flight in a year, it would result in a sale of 35 crore tickets, a big jump from 7 crore domestic tickets sold in 2014-15.

Interestingly, global factors such as bottom- hitting fuel prices have already positively affected flying in India. Take for instance, a CRISIL report on June 21, 2016- which noted that “India’s domestic traffic increased by 20 per cent in April 2016 driven by low fares fueled by steep decline in airline fuel prices.” “Low fuel prices was the key factor for strong passenger growth in April 2016,” the report said.

These numbers are undoubtedly overwhelming for Indian advertising- more so for in-flight publishing, advertising and ambient media. Experts also cite that despite the advances in digital publishing and advertising, India’s print media industry- which stood at a whopping 224 billion in 2012 has been growing at a steady seven per cent every year. Industry insiders cite that the boom in India story of domestic flying will in turn provide a great platform for in-flight publishing, advertising, ambient media and branding.

“If the domestic traffic in India increases as per government’s prediction, the existing demand for in-flight publishing may double almost every year. This means that more and more companies will strive to reach out to these travellers- who are a unique audience for a plethora of services, products and brands. And that is a great story for in-flight publishing. After all, India is an emerging global market for multinational service providers and product developers,” said a professional. “Moreover, the projected passenger numbers will be achieved only when the supporting infrastructure such as airports, lounges and other allied services is created. This allied infrastructure in turn is a great platform to target these audiences at various stages of their journey. And let me tell you, the industry is posed for this boom,” she said.